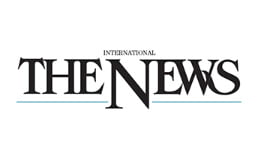 LAHORE’:It is on the top of the Punjab government’s agenda to create an environment of peace, harmony and acceptance for all so that people can feel safe and contribute to their…ShareNext Story >>>

LAHORE’:It is on the top of the Punjab government’s agenda to create an environment of peace, harmony and acceptance for all so that people can feel safe and contribute to their collective growth and wellbeing with dedication.

It is also important to take them on board and give them a sense of ownership regardless of class, creed, caste and religion to make the province an ideal home for them. This was stated by Punjab Minister for Human Rights, Minorities Affairs and Interfaith Harmony Ejaz Alam Augustine during a pre-consultation session held at Ministers’ Block at Punjab Civil Secretariat on Wednesday.

The session was organised jointly by the ministry and an NGO to seek policy recommendations under the project titled “Harmonious, Tolerant and Safe Punjab for Everyone.” The project aims at formulation of a comprehensive policy document for the ministry with input from different stakeholders on how to promote feelings of equality, harmony, peace and tolerance in the province. The pre-consultation session was the last of the four such sessions organised to identify the problem areas, mull solutions and set direction of the project before its official launch planned on January 11.

On the occasion, the executive director of the NGO, Shahid Rehmat, said the federal government devolved Ministry of Interfaith Harmony to provincial administrative units in April 2019 and till date the Punjab government had not come up with any concrete policy/guidelines for the ministry. To help the government in this respect, Shahid said, the draft recommendations based on consultations under the project would be presented to the members of the multi-party working group and Parliamentary Committee on Human Rights, Minorities Affairs and Interfaith Harmony. The objective, he said, will be to build a stronger case for the ministry to advocate for its adoption by the Punjab government. Mubasher, policy consultant of the project, said the beauty of the whole exercise was that it was highly inclusive and based on diverse perspectives which were imperative to address the core issues that existed on ground. He said the pre-consultations were highly productive where the participants belonging to diverse backgrounds discussed contentious issues in a cordial environment with a problem-solving approach.

The pre-consultation sessions were attended by religious scholars from different faiths and sects, representatives of civil society, youth, officials of Punjab Human Rights Ministry and others.

The sessions were helpful in devising a set of policy recommendations which were shared with the audience. To mention a few, there were suggestions to fix a certain employment criteria for the clerics serving communities in mosques and seminaries situated in remote areas, remove lacunae in the curriculum that stand in the way of interfaith harmony, make the heroic role of all Pakistanis irrespective of faith or believes part of the curriculum, introduce a law barring people to name mosques after sects, and invite lawyers and bureaucrats to join consultation sessions under the project.

Meanwhile, a workshop on interfaith harmony was organised in a local hotel on Wednesday to promote tolerance, peace and harmony among the people belonging to different faiths in the country. The speakers emphasised on following the vision of Quaid-e-Azam Muhammad Ali Jinnah who in his speech of August 11, 1947 assured all future citizens of Pakistan that they were free to practice their religions. Guided by the Quaid’s vision, there is a need to create a peaceful society in the country by creating awareness among people about civil values so that every Pakistani could lead a peaceful and prosperous life, they said. Through the project community leaders in South Punjab, the speakers said, leaders from different faith groups had been brought together under one platform to work together for peace and harmony at the community level. During the project, more than 600 local people and religious leaders are working together in total 90 community peace committees to raise awareness among people about the negative impacts of extremism and hate speech.

Minorities Have So Much Freedom In Pakistan 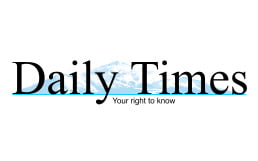 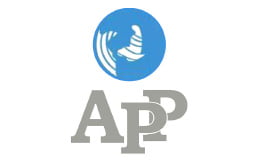